For inclusion, empowerment, and opportunity. 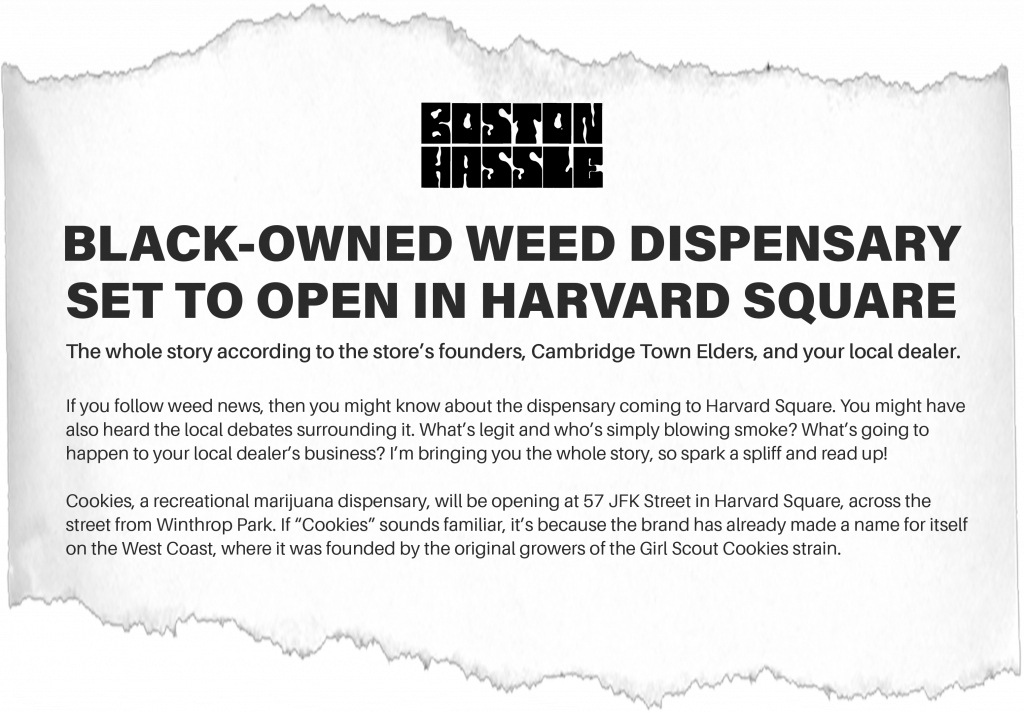 It’s been a long struggle to make the vision of opening Cookies Harvard Square — a local, minority-owned cannabis shop that would bring much-needed business diversity to the City of Cambridge, and be one of the few minority-owned shops of its kind in the state, despite the passage of laws designed to foster diversity in the sector.

In Massachusetts, as is the case across the nation, the emerging cannabis industry has been marred by widespread and well-documented failures to ensure the equitable distribution of licenses to minority entrepreneurs. An industry that many hoped would help heal the damage caused by decades of unfair incarceration and mistreatment of Black and brown communities in the criminal justice system, has failed to fulfill its promise.

Damond Hughes, a Massachusetts state-certified economic empowerment license-holder and third-generation retail store operator, overcame a series of obstacles to obtain a lease agreement from one of Harvard Square’s only commercial landlords who is a person of color, and who initially opposed the store. Cookies has even garnered support from a majority of the Cambridge City Council, including Mayor Sumbul Siddiqui, Vice-Mayor Alanna Mallon, City Councillor Quinton Zondervan, and City Councillor Marc McGovern.

But Cookies then was met with opposition from a neighborhood group that used racially tinged claims that Cookies would lead to drug addicts loitering in a nearby park and suggested it be housed in a “basement” location somewhere out of sight. To combat these outlandish claims, Cookies launched a public awareness campaign, supported by the Real Action for Cannabis Equity (R.A.C.E.) coalition, with television and social media ads, mailings, and more, aimed at protecting and ensuring opportunity for Black and minority-operated businesses.

Cookies will prevail in its efforts and win a victory for diversity and minority entrepreneurs everywhere.

Join our movement for racial equity in the cannabis industry.

Enter your email and phone below to receive updates.